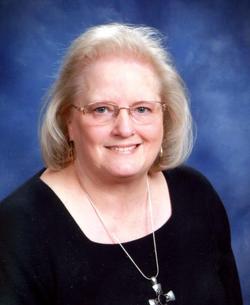 Glinda was born September 30, 1950 in Temple to Bruce E. and Maye Lock Rea. She graduated from Temple High School and attended Temple College. She married Bert Harbison on July 22, 1990. Glinda served on staff at Immanuel Baptist Church for 24 years. During her tenure, she served as children’s minister for 17 years. Other staff positions she held were hospitality ministry, bereavement coordinator, heritage committee, food pantry, feeding the hungry and Wednesday night supper. She also sponsored and coordinated R.A.’s and G.A.’s. Glinda had a heart for missions and soon founded Operation Christmas Child of Franklin Graham’s Samaritans Purse. Glinda loved Christmas and was captivated by the idea of packing a shoe box for a child and the importance that it would have on a child’s life. Through her leadership at Immanuel Baptist Church, Glinda soon became area coordinator for Operation Christmas Child and Immanuel Baptist Church became a collection center through her work. Since the beginning of the organization, thousands of boxes have been sent to children throughout the world, and have heard the gospel for the first time, many of whom received Christ. Glinda also served as president of North Elm Cemetery Association in Milam county for 19 years. Glinda’s heart’s desire was to faithfully serve the Lord and glorify Him in her service at Immanuel Baptist Church. She was preceded in death by her father, Bruce E. Rea, Sr. and her sister, Virginia Ann McIntosh. Survivors include her husband, Bert Harbison of Temple, her mother, Maye Rea of Temple, daughter, Amy Harbison and grandson, Malachi Lee Harbison both of Belton. Glinda is also survived by a brother, Charles W. Rea and wife, Mary of Temple and their children, Allan Rea and wife Sandy and their children, Megan, Miranda, Koby & Kelley; Tressa Besserman and husband Harold and their children, Brett, Jessika and her daughter Mackenna, Rebecca and her daughter Aleah; Angie Mainer and husband Eddie and their children, Trinity and Dominic. She is also survived by a brother Bruce E. Rea, Jr. and wife, Anna of Temple and their children, Scott Thornal and his children, Chase, Chevolet, David, Chasity and Barrett, Krystal Amos and her children, Ginger and Damon; her mother-in-law, Frances Harbison, sister-in-law, Leah Harbison both of Temple and brother-in-law, Ronnie McIntosh of Belton. Memorial donations may be made to Operation Christmas Child, c/o Immanuel Baptist Church, 1401 W. Central Ave., Temple, TX 76504.